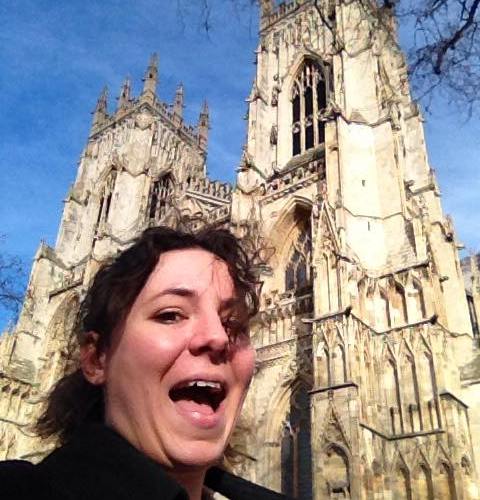 I really was meaning to do a more consistent series about my adventures here on the other side of the pond, but then you get here and start an MA program and an internship, and you realize that very little of your time is actually for you anymore. So sorry about that. I can be pretty succinct about life here, which I guess is a good thing or a bad thing depending.

I got here in Leeds in mid-September, a strange girl in a strange land in a strange city that I’d actually never even heard of until I was persuaded to apply to the University. So you can imagine that I got here not really knowing what to expect, especially because I’m living in here by myself, with one friend I actually know from back home, and no real intrinsic knowledge of the area or its ins and outs. It took me probably a month to get fully adjusted to the bus system, and even then, I have no idea how their pay system works. Like you can just ask for a one pound ticket, but I don’t even know how they would enforce them if you go farther than that one ticket would permit you? The British must rely really heavily on the honor system, which would also make sense, because as generally kind and polite and welcoming as they’ve been, they’re also about the most non-confrontational people I’ve ever met. Being American in that sort of environment…well, more specifically, being me in that sort of environment is an exercise in patience that I’d like to HOPE I’m succeeding in. I’m a terribly straightforward person and I like things dealt with promptly with no fuss. It’s kind of like pulling teeth trying to get my landlady to get anything done, or to get my professor to tell me directly what he thinks of my work.

Which reminds me…I should probably pay my rent and check my email. Meh.

So how is Leeds as a city? Well, if I had to sum it up, I’d say it was fairly…familiar. It’s pretty much a poster child for a university town, and either it hasn’t hit me, five months later, that I live in England, or I just got so used to it that I forgot. I still find myself looking left when I cross the street instead of right, and I’m still terrible at dealing with British currency, but overall, it doesn’t feel all that different from home. People say you experience the biggest culture shocks in places that actually speak the same language you do, but I haven’t found that. I’m as comfortable here as I think I would’ve been had I moved anywhere else in the States. I hate the weather, sure, but that has nothing to do with the culture of the area. It just feels like any other mid-sized industrial town. That’s probably why it bores me so much.

I’ve been trying to get more of the English experience by getting out of Leeds and traveling around more stereotypical “tourist” towns, which is a monstrous oxymoron, I know, but still. I’ve been to London once (LOVE IT) and York three or four times (LOVE IT TOO). The train system in the UK is pretty phenomenal, so if you know where you want to go, it’s literally a train ride away. And it comes out cheaper when you book in advance, which is a huge win. London is literally my mecca – it’s an amalgamation of history and modernism, and I only regret having gone for just two days. Everything you’ve ever dreamed London would be, it is – seeing the Parliament building literally moved me to tears. Buckingham Palace, Kensington Palace, the Thames, St. Paul’s Cathedral, the Tower of London, the Crown Jewels… the whole city is a feast for every sense, and you leave feeling fulfilled and wanting more at the same time. I can’t wait to go back.

York, on the other hand, is much more quaint and old-worldly than London is, but that’s exactly what’s so damned charming about it. I’m a huge nerd when it comes to history, and York preserves its antiquity without being “old timey”. I literally almost fell over backwards when I saw the gorgeous and incomparable York Minster for the first time, a magnificent structure hundreds of years old, carefully and rigidly preserved and maintained, and a stone’s throw away from the beautiful ruins of St. Mary’s Abbey. You walk down York’s cobblestone streets through the Shambles, where the shops are literally all 4-5 stories high and narrow as a single room, leaning close enough to each other to evoke the same whimsy that you’d expect from the filming location of Diagon Alley from the Harry Potter film series. Tea or coffee can either be served in hip, laid back cafes like Coffee Culture (my personal favorite) or in the elegant and more traditional (and popular around the world) Betty’s Cafe – which reminds me, they have a China Rose tea that is the foundation of all of my dreams that I need to order a tin of.

Other than those two places, I regret that I haven’t done as much getting around as I’ve wanted to, but I’m hoping that’ll change with the coming of my spring break and the warming of the weather. I’m trying to make my way over to Paris in a few months to visit a friend of mine who just moved there, and I’m definitely trying to get to Dublin and Scotland before my expiration date here comes around (10 June, in case anyone’s curious.) But in the meantime, I’m just here in Leeds, living life no differently that I really did when I was back home. Doing laundry, going to the shop, and mailing letters home. Might wander down to Kirkstall Abbey before the end of the week, because at the very least, I can say that I’m learning to explore Leeds, and not to just take it at face value as just another “college town.”